The Rev. Dr. John Joseph Mastandrea,  Minister of the Congregation 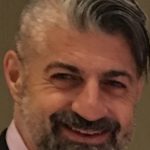 family. After receiving his B.Sc., M.Div, M.R.E, M.A.M.S,  from the University of Toronto, he turned another page and receive of  D.Min. from the  University of Chicago. John Joseph celebrates his 30th Anniversary of Ordination having served in churches across the country including: Harrington Harbour in Quebec, Aneroid in Saskatchewan,  Timothy Eaton in Toronto, St. Matthew’s and St. Paul’s in Hearts, Mono  Mills in Dufferin County, New Horizons in Maple, Metropolitan  United in Toronto. He resides in Cabbagetown  with his  husband Bill Calkins. John Joseph is looking forward to imagining and   working with Manor Road United Church  in worship,  pastoral care, outreach, inreach ,  faith formation engaging with the community.

Tom is happy to be offering his musical style and leadership to Manor Road United Church. Tom enriches the congregation by directing weekly performances of Cornerstone, Manor Road United’s talented house band. He also directs the adult choir, the many vocal and instrumental soloists, and an occasional Bell Choir. Aside from his responsibilities at Manor Road, Tom is a conductor, educator, clarinetist, and pianist who is extraordinarily talented in working in many different musical styles. He is on staff at the Bishop Strachan School in Toronto where he leads bands, choirs and has been Music Director for several school productions. Prior to returning to Toronto he was a member of the Victoria Symphony as Bass Clarinetist and worked with Pacific Opera Victoria.

With a background in teaching children’s music as well as voice for all ages, Allison brings her love of kids, music and teaching to the Children’s Ministry programs. Allison has been a committed member of the Manor Road congregation for several years, volunteering as Children’s Choir Director and Sunday musical soloist. As a mother of two young girls, Allison has much in common with the families of Manor Road United. She brings compassion, kindness, a sense of humour, and theatricality to her role, winning the hearts of children and parents alike.

Fina has been working in childcare in some form all her life.  Her career has been taking care of young children for the past 10 years, since she moved to Toronto. Her kind and friendly disposition helps babies and toddlers warm up to her almost immediately. Fina has been a member of the Manor Road congregation for over 8 years.

Our new Office Administrator, Alisha, started in June 2018 and now handles the day-to-day needs of the church and its participants. Beyond organizing church administration each week, our Office Admin provides information on baptisms, funerals, weddings and Children’s Ministry programs. She also provides information on obtaining use of Manor Road’s facilities for community or other events.

Manuel is in charge of upkeep and cleanliness inside the building and on the grounds of Manor Road United Church. He has been looking after the building, its grounds and its people since 1997. His knowledge of the building, his readiness to lend a helping hand, and his warm smile makes him a priceless asset in the day-to-day business of the church’s operation.

Gernina Decena is a freelance scriptwriter who studied Film and Public 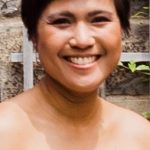 Administration. Once upon a time, she was a Corporate Communications manager and a television producer for an investigative program. Now, instead of conducting interviews, she finds herself constantly answering questions—from mundane to mind-boggling—from her two inquisitive kids. As a parent to a child with special needs, you will find Nina advocating for inclusion and school supports. Outside her family, Nina’s interests are ice skating, reading and running.

Khimar Morgan comes to us with great experience and background in 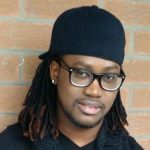 working with youth. Khimar is currently a passionate and committed Youth Social Worker.  Khimar has extensive experience working from an integrated anti-oppression, LGBTQ+ positive framework; he is culturally competent with the ability to communicate with diverse cultures and backgrounds.

As we explore how we are connected to  the beginning Spirit Life , and the Spirit  Life that speaks  to us, what is your prayer for this season? For renewed commitments to the people, friends and family? Renewal  of  broken relationships? Or just the reminder that we are not alone, that this is God’s community of faith?