Manor Road United Church (MRUC) was built in 1925 to serve the newly built Davisville village community. The strong dedication and work of those early members created a strong foundation for today’s congregation.

MRUC was among the first congregations to have its roots set in The United Church of Canada, a new nation-wide denomination, also inaugurated in 1925 when Methodists, Presbyterians, Congregationalists, and Western Union Churches joined under one banner.  The congregation flourished as members came together in support for one another through the Great Depression, and the Second World War. Their faith was a cornerstone to their lives and to this church.

With a rapidly growing worshipping congregation and Sunday School, MRUC became a gathering place for the wider community.  The need for more space became evident, and in 1952 the church acquired two adjacent lots on the corner of Forman and Manor Roads.  They proceeded to build an additional space for the many church activities, events, and wider community activities happening here.

In 2015, on it’s 90th Anniversary, a decision was made to ‘right-size’ the church.  To the delight of the congregation and the community at large, the two corner lots were sold to the City of Toronto with the promise that the land would be used as much needed parkland. In that same year, the congregation was also designated as an Affirming Ministry of The United Church of Canada, showing its support and welcome to all members of the LGBTQ community, as well as other members of the wider community finding themselves marginalized for any reason.

MRUC continues to serve as a vibrant, inclusive, and progressive (VIP) spiritual community, a gathering place serving the wider community, and  a visible sign of faith in the Davisville community. 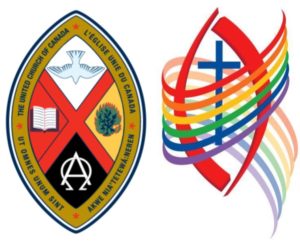