On Saturday January 6th a hearty crew from Manor Road United Church prepared and served dinner to about 110 homeless men and women at Blythwood Baptist Church. The preparations began on Friday when a small group baked 8 apple cakes and a vegan chickpea stew while the kids and youth wrote messages and drew pictures which were folded into origami hearts to share with the guests at the Out of the Cold dinner. The Manor Road band played all through the meal with a surprise ‘guest’ appearance singing ‘Your Cheatin’ Heart’. Included on the menu were 100 pounds of mashed potatoes, 100 pounds of ham, 75 pounds of hot, buttery vegetables, 6 litres of pickles, piles of cheese, 200 dinner rolls (donated by Longos) and 16 litres of ice cream. Thank you to everyone who took time out of their busy schedules at the end of the holiday season to bring warmth and sustenance to those who need it most. 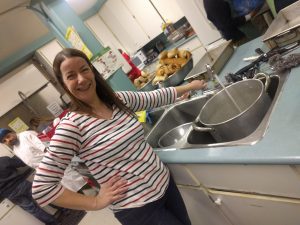 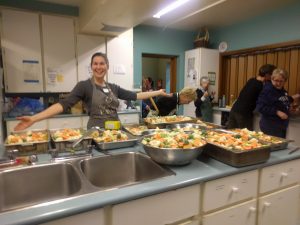 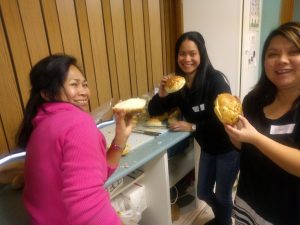 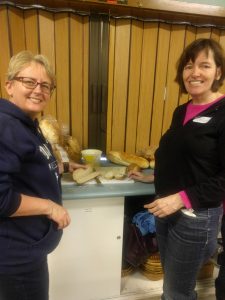 56 responses to “Out Of The Cold Outreach”